Dwayne ‘The Rock’ Johnson: “The most powerful thing we can be is ourselves” 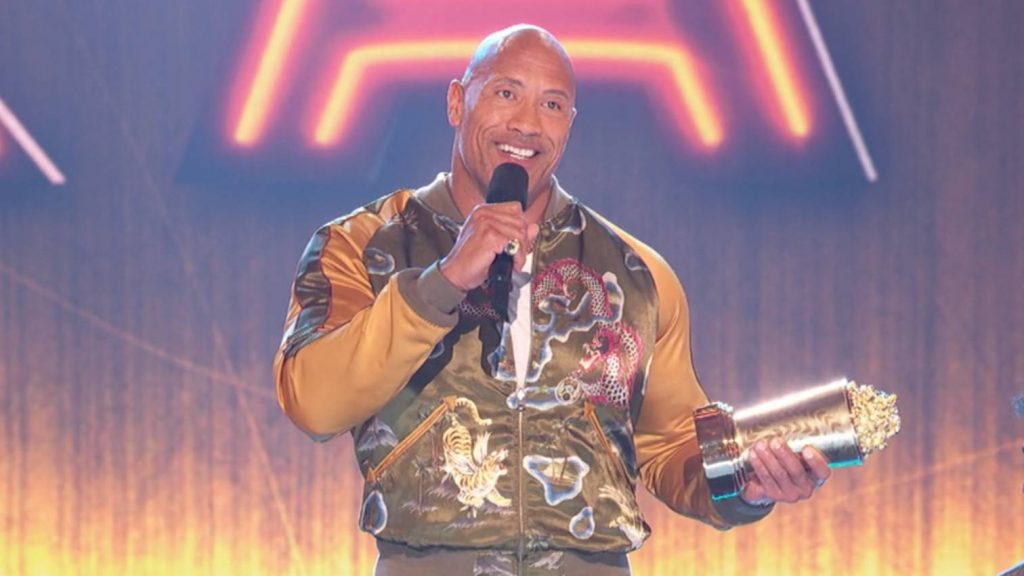 Dwayne ‘The Rock’ Johnson accepted the Generation Award Monday night at the 2019 MTV Movie & TV Awards with an inspiring speech of how he decided to just be himself in Hollywood, and values being nice over being “important”:

“The most powerful thing that we can be is ourselves,” he said, before going back in time and recalling his early interactions with the Hollywood machine, when the six-foot-four, 275-pound pro wrestler showed up ready for new opportunities. “They didn’t know what the hell to do with me,” he said.

At first, he was convinced to change himself in order to fit into their mold. It took him a few years to realize that he didn’t actually have to do that. “I wasn’t going to conform to Hollywood; Hollywood was going to conform to me,” he said. “So, Hollywood conformed to me and here I am with all of you getting the Generation Award…

He summed it all up with a quote he’s lived by since he was 15 years old: “It’s nice to be important, but it’s more important to be nice.”
(via MTV: “HERE ARE THE WORDS DWAYNE ‘THE ROCK’ JOHNSON LIVES BY“)

This entry was posted in Story and tagged be you, dwayne johnson, dwayne the rock johnson, mtv awards, the rock. Bookmark the permalink.